US pilot Michael Goulian will conclude his 10th full season in the Red Bull Air Race with the big 2018 finale at Texas Motor Speedway on 17-18 November. The East Coast native is already a lock for the World Championship podium, and if everything goes his way, he could be celebrating Thanksgiving with his first title.

This has already been a career-best year for Goulian, who won the season opener and has accumulated a total of six Final Four appearances and five podiums so far. The biggest highlight came just last month, when the pilot, who has been an open-wheel racing fan since childhood, captured victory at the Red Bull Air Race stop at Indianapolis Motor Speedway, earning a place among the motorsport greats who have triumphed at that iconic venue, and kissing the bricks with his teammates, wife and daughter by his side.

The result in Indianapolis launched Goulian back to the top of the leaderboard with 70 points – 65 points for Martin Šonka (CZE) and 63 points for Matt Hall (AUS). The trio own all of the season’s race wins, so no one else comes close. The only question is how the World Championship podium spots will shake out among the three of them.

After Indianapolis, Team Goulian made a point of taking time to celebrate and savor their accomplishment. Goulian also flew two airshows, a welcome opportunity to decompress and distract himself from getting too wrapped up in thinking about Fort Worth. And now, switched on and fully focused toward the task in Texas, the team is taking a strategy of cautious aggression. “To get here in the lead is great, but five, or seven, points don’t really mean anything. There are a lot of points at the top end of this sport, and to race against Matt and Martin we need to be absolutely on the top of our A-game,” says Team Manager Pablo Branco. “There’s no opportunity to play defense, and no reason to be flat-out, super aggressive.”

Branco continues, “The aim is for consistency, and it started right from our first look at the Fort Worth track layout. This year is different because [due to shipping requirements] we won’t have the opportunity to go through scheduled maintenance and upgrade programs during the off-season. Simultaneously preparing for Fort Worth and getting a head start on the 2019 program is pretty challenging, because you can’t change too much and offset the current airplane setup before the season finale, but you also can’t afford to stand still and lose performance to the field. We worked around the clock to make sure that we got through all of the required maintenance for 2019 while still doing some of the planned upgrades to the raceplane – and taking just the right amount of strategic risk in doing so.”

A steady Goulian adds, “We’ll approach this race the same way we did the other seven. The only difference is that it’s the last one, and we may come out with our first World Championship.” 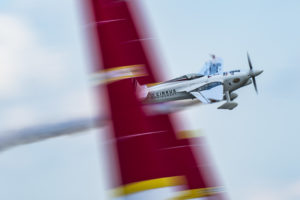 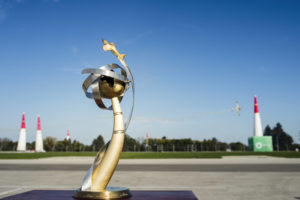 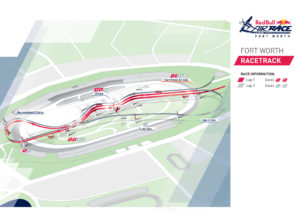 *check local listings for broadcast in your area