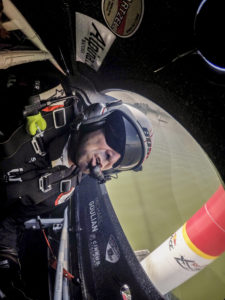 Michael Goulian and Team 99 will head into the Round of 14 with a 5th place qualifying finish. Goulian was able to fly two penalty free runs on Saturday in a field besieged with pylon hits, and disqualifications. Less than half a second separates Goulian from 2nd place, and the team is confident they know where they can make up that difference.

“There is a magic half of a second on the eastern portion of that track. As long as we can find it and take advantage of it, we’ll be in good shape tomorrow.”

Faced with the most demanding race course of the 2017 season,
Goulian and Team 99 rocketed into the qualifying round with a clear aim. Their strategy relied on Goulian’s ability to execute with a degree of precision that has become the signature of his air show flying career. The Russian race course shows its teeth after gate 3 (gate 10 on the second lap) where the air race pilots must execute a hard, high-G left turn before reversing back to the right to pass through the inflatable pylons of gate 4 (Gate 11 on second lap) at a seemingly impossible acute angle. 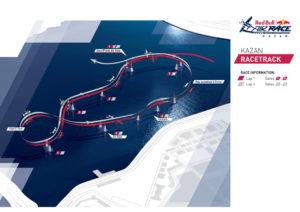 Complicating things even further, the prevailing wind Saturday was 180 degrees off from everything the pilots had seen during previous practice rounds. With such a drastic shift in conditions, pilots were essentially seeing the race course for the first time all over again. Anticipating how the wind would effect the optimal race line was crucial for a clean flight.

Race day action will kick off Sunday, with Goulian facing Spain’s Juan Velarde in the first heat of the Round of 14.

Fans in the United States can follow the Red Bull Air Race live ticker feed beginning at 7am EDT or catch the rebroadcast on NBC Sports Sunday night at 11pm.